When spring arrives here in Southwestern Nova Scotia there is a run of fish called The Gaspereau. The Gaspereau is the Acadian French term for a fish that the Mi'Kmaq had called The Kiack. This is not to be confused with the Kayak, which is of course a boat. This fact became somewhat embarrassing for my husband and I when we were first told of this particular fishery. We had automatically assumed they were fishing in Kayaks and thought this would be very entertaining indeed to go watch. This of course led to many chuckles at our expense. But the Kiack is not in fact a boat but is a rough skinned, bony fish that they now use for bait or sometimes as a smoked fish.

To fish the Kiack, the fisherman sit alongside the river or in small boats and use a process called dip netting, which is exactly as it sounds. They dip the net in and scoop up the fish as the run passes. It is very cold work, therefore many of the fisherman have little warming shacks along the edge of the rivers, where you will see billows of smoke rising in the air as the fisherman warm their cold hands over the fire and share a drink or two. 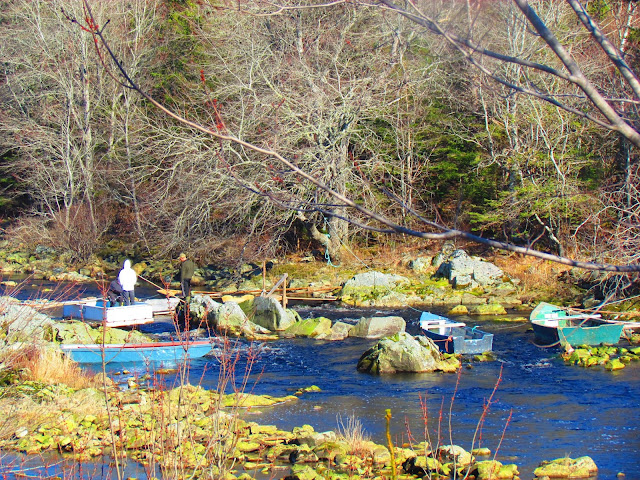 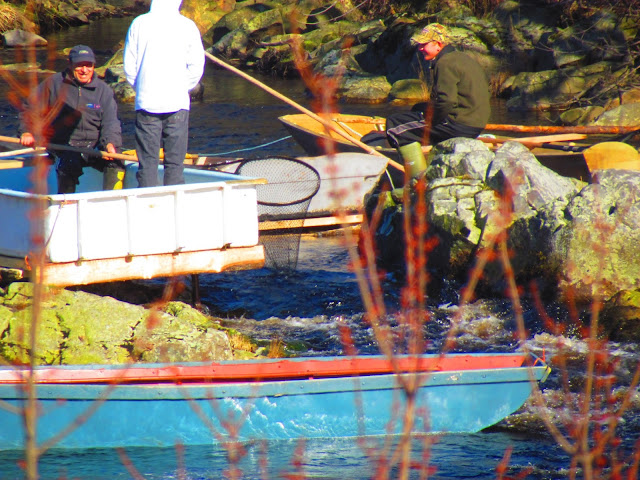 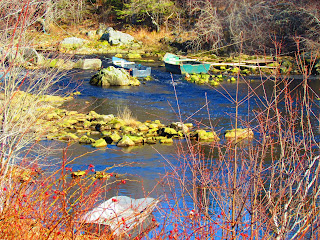 It is so incredible to watch these fisherman at work and to know that this has been going on for generations. When you look at the rivers closely you can see where they have moved around stones to create channels for the fish to go through making it easier of course to dip in the nets. There is no fancy contraptions or depth sounders or machinery. It's just a person, their net and in some cases their boat, just as its been done by their families before them. A little piece of the past, almost like time stood still. Just down the road from my house on the Tusket River, you can sit and watch as they collect their fish, the silver skins shimmering in the sun as they pull them from the water. Seagulls, Osprey and Eagles are also in on the action as they swoop down to enjoy a meal or two.

So besides the Maple Syrup running and the crocuses and snowdrops blooming, the run of the Kiack is a sure sign of spring here in Southwestern Nova Scotia. The loons are again calling to one another, their song echoing through the night. The frogs are singing their songs at dusk and there is warmth in the sun. We feel the breathe of spring and new life as the grass greens and the robins gather on the lawn. Welcome spring, we have been expecting you.
Posted by Unknown at 10:46